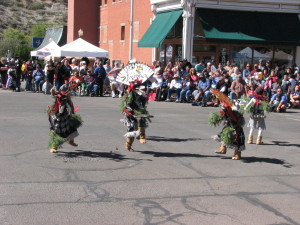 The Southern Gila County Economic Development Corporation is dedicated to the economic diversification and enhanced quality-of-life of Southern Gila County. The area has a unique and fascinating history, and a tremendous future—led by professionals and volunteers dedicated to capitalizing upon the region’s advantages as a great place to live, work and play. SGCEDC is led by a sixteen member board and anexecutive director working to implement the corporation’s community and economic development activities. SGCEDC is supported by local city and county government as well as area businesses that are dedicated to the long-term prosperity of the region. 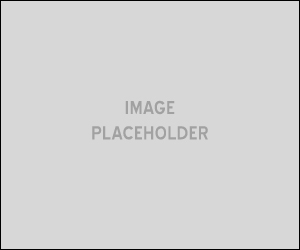 The leading employment sector in southern Gila County is agriculture/forestry/fishing and hunting and mining which employs over 20% of the population. Although employment related directly to mining has declined from previous decades, it remains a vital staple of the local economy. Southern Gila County is home to one of only three smelters in the entire United States. This processing facility is key to the entire copper mining industry in Arizona and the southwest. Services related jobs represent over 50% of the county’s economy. In terms of a percentage increase, the fastest growing sectors of the local economy include agriculture/forestry/fishing, wholesale trade, and education/healthcare/social assistance. Major employers in Southern Gila County include Freeport-McMoRan, Capstone, BHP, Cobre Valley Medical Center, Globe School District and Gila Community College. In total, 19,328 people live in southern Gila County. The City of Globe is the county seat, and the largest city in the county. The City of Globe had a 2012 population estimate of 7,457. The Town of Miami had a 2010 census population of 1,837. The 2012 population estimate for the Town of Winkelman is 348. A primary portion of the San Carlos Apache Reservation is also located in southern Gila County. County History

The county was formed from parts of Maricopa County and Pinal County on February 8, 1881. The boundary was then extended eastward to the San Carlos River by public petition in 1889. The original county seat was the mining community of Globe City, now Globe, Arizona. County Geography Gila County has a total area of 4,795 square miles. The City of Globe is at 3,510 feet above sea level. Geographically, southern Gila County is in the very center of the state of Arizona. Three major travel routes intersect in the heart of southern Gila County, US Hwy 60, US Hwy 70 and US Hwy 77. According to Arizona’s Department of Transportation the Annual Average Daily Traffic Count through Globe on Hwy 60 was over 16,500 in 2009. Climate Southern Gila County has a semi-arid climate, characterized by hot summers and moderate to warm winters. Globe’s arid climate is somewhat tempered by its elevation, leading to slightly cooler temperatures and slightly more precipitation than Phoenix or Yuma. Summers in Globe are hot, with daytime highs generally between 90 °F (32 °C) and 100 °F (38 °C). High temperatures topping 100 °F (38 °C) are not uncommon in July and August for Globe. Summertime lows are generally right around 65 °F (18 °C). Wintertime highs usually average between 55 °F (13 °C) and 65 °F (18 °C), and lows tend to be right at or above freezing (32 °F/0 °C). The all-time highest recorded temperature in Globe is 111 °F (44 °C), and it occurred on both June 27, 1990, and July 29, 1995. The lowest recorded temperature in the city is 12 °F (−11 °C), which occurred the same year the first time the record high was reached—December 23, 1990. Overall, residents and businesses in southern Gila County have the lowest utility bills in the state. The summers are 10 -15 degrees cooler than the Phoenix area desert floor and the winters are milder with temperatures as much as 20 degrees warmer than the mountains and high desert plateau of Arizona.

Southern Gila County by the Numbers

*The data in these  tables are calculated by ACS using annual surveys conducted during 2008-2012 and are representative of average characteristics during this period.

Things to Do in Southern Gila County